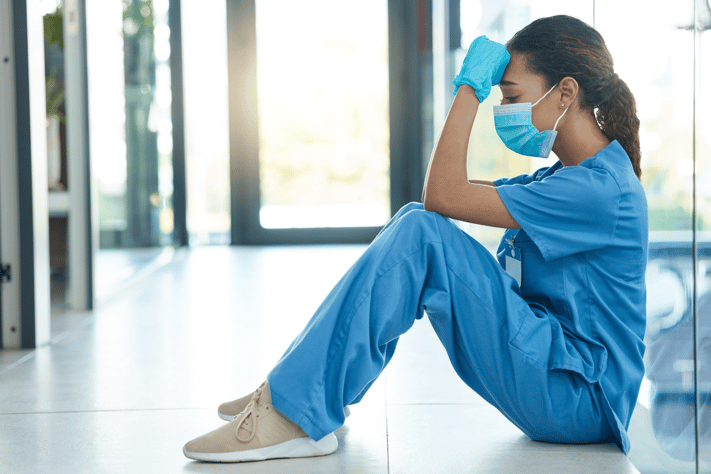 There has been an uptick in workplace violence in healthcare for the past decade, but the pandemic has exacerbated violent acts against nurses, techs, and other healthcare professionals. In fact, recent data shows that more than two nurses are assaulted every hour. Experts agree that the key to reducing violence in the healthcare setting is encouraging employees to report violence with hospital incident reporting software.

Workplace Violence: An Epidemic for Healthcare

Workplace violence can be defined as an act or threat of physical violence (like pushing, kicking, and punching) that occurs in the work setting, but can also include threatening or disruptive behavior, such as verbal abuse, intimidation, and bullying. What makes violence especially problematic in a healthcare setting is that it can come from someone outside of the organization who harbors criminal intent, someone within the organization who commits violence against a coworker, or a patient receiving care.

Workplace violence can occur in any organization in any industry, but it's about four times more prevalent in healthcare than it is in other industries, according to the U.S. Occupational Safety and Health Administration.

In fact, a 2022 survey by employee listening leader, Perceptyx, revealed that nine in ten healthcare workers reported experiencing (or having been in close proximity to) violence from a patient or a patient’s caregiver in a single month.

Three in four healthcare workers have encountered both verbal and physical assaults in the same month, and nearly half of workers needed to call for security or another coworker to assist. The vast majority – 92 percent – of violent incidents involve patients or other customers such as family members.

While violence against nurses, techs, and other healthcare professionals has been on the rise for at least a decade, according to U.S. Bureau of Labor Statistics, there has been an uptick in physical and verbal assaults against them since the start of the pandemic. These attacks have not showed signs of slowing down in recent months and are occurring today at unprecedented rates. 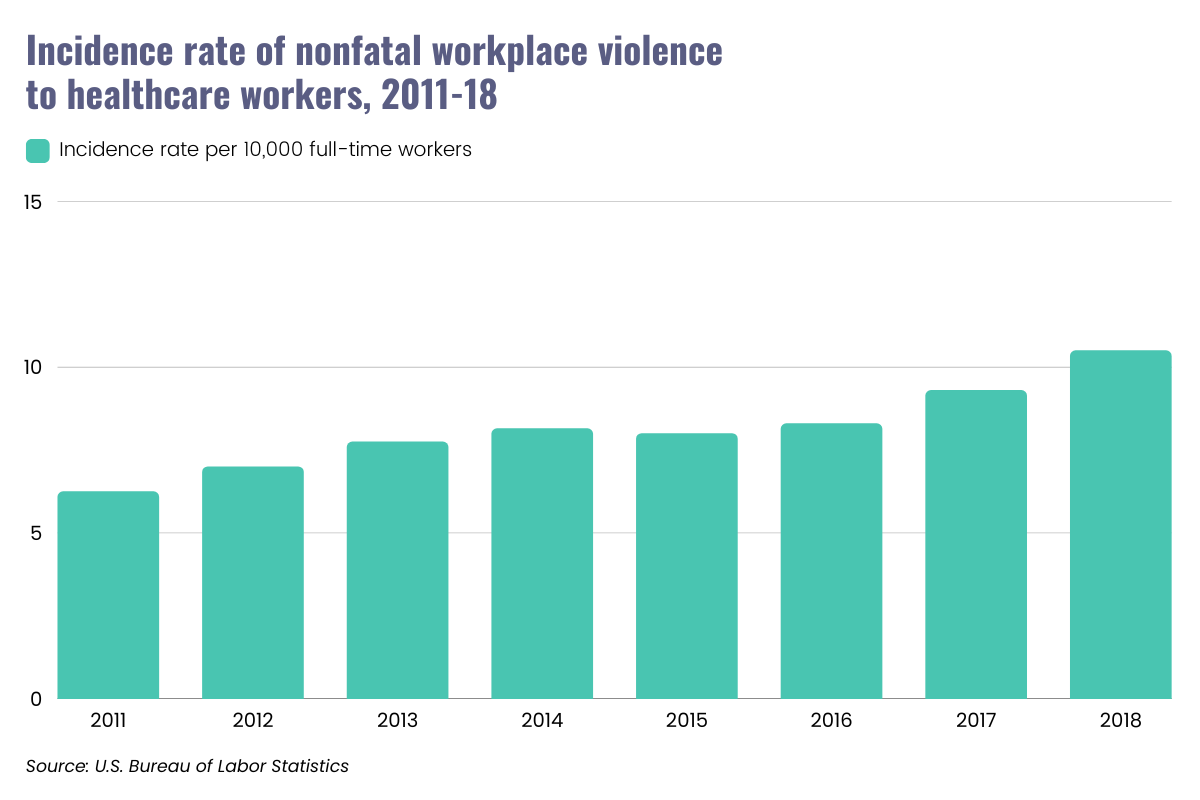 Data from an analysis of 483 healthcare facilities revealed that more than two nurses were assaulted every hour on average in the second quarter of 2022, with most attacks initiated by patients.

This has led to increased stress and burnout; about 20% of healthcare workers have quit their jobs as a result. Healthcare workers who remain in the workforce say that staffing shortages have affected their ability to work safely and to satisfy patient needs. Many patients are waiting longer for care, even in life-threatening emergencies, or simply being turned away.

And with more healthcare workers planning on leaving the industry – there’s a projected shortage of more than 3 million essential health workers in the next five years – patients could face even higher risks without proactive solutions. For these reasons, the World Medical Association has most recently defined violence against health personnel, “an international emergency that undermines the very foundations of health systems and impacts critically on patient's health.”

Of course, violence can also be expensive. An American Hospital Association 2017 Cost of Community Violence to Hospitals and Health Systems report by Milliman estimates that approximately 0.5% (around $4.7 billion) of hospitals’ total expenses on average were dedicated to security costs. Furthermore, employees who experience workplace violence in healthcare utilize roughly 112.8 hours per year of sick, disability, and leave time. Overall, this absenteeism costs hospitals $53.7 million per year.

The Underreporting of Workplace Violence in Healthcare

While some data are available for violent incidents in healthcare, surveys show that many violent acts go unreported, even at facilities with a formal incident reporting system. For example, a survey of 4,738 Minnesota nurses found that only 69% of physical assaults and 71% of non-physical assaults were reported to a manager, while one medical center found that half of verbal and physical assaults by patients against nurses were never reported in writing.

Another consideration is that many healthcare workers recognize that many injuries caused by patients are unintentional and are therefore likely to accept them as routine or unavoidable. Yet another reason violence may go unreported is the unwillingness among healthcare workers to stigmatize the perpetrators due to their illness or impairment. 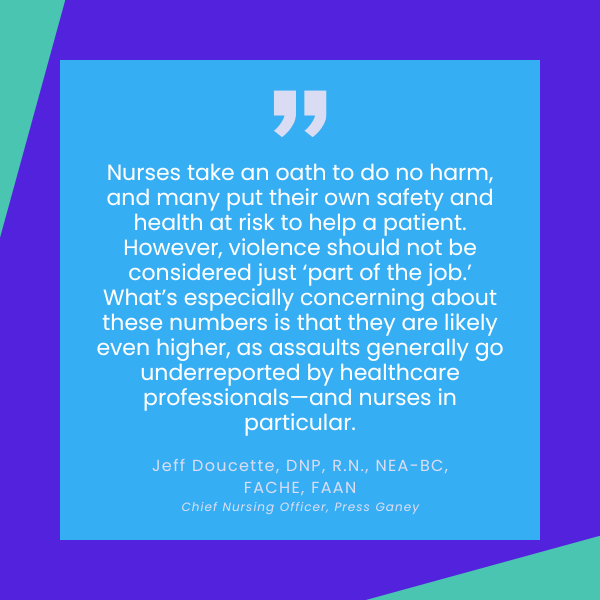 Lack of reporting is one of the biggest barriers to making progress toward reducing incidents of workplace violence in healthcare and improving employee safety.

Barriers to incident reporting include:

But the primary step organizations are recommended to take is to implement incident reporting systems for record-keeping, and safety and well-being program evaluation.

The American Nurses Association, in its “Reporting Incidents of Workplace Violence” brief, reiterates the importance of a formalized reporting process. They, too, encourage healthcare organizations to utilize an electronic database through which employees can report incidents of workplace violence as well as clearly outline processes and guidelines by which employees might disclose these events.

Empowering nurses, techs, and other healthcare professionals to report these incidents in a streamlined database through hospital incident reporting software, the association claims, would “represent a major step toward achieving the goal of eliminating workplace violence.” 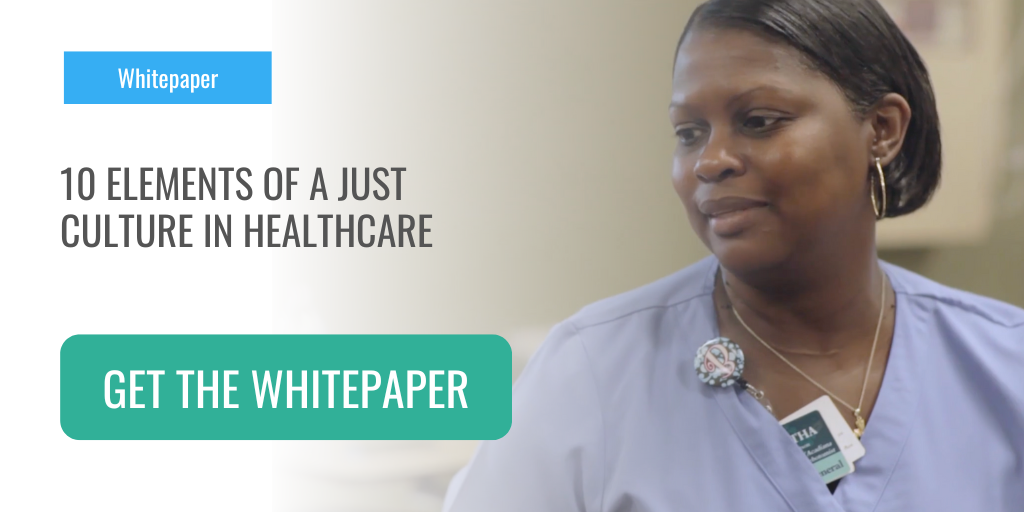 Incident reporting software is designed to simplify the reporting process – from the submission of reports to follow-up management. One of the most valuable features of it, however, is its ability to identify trends in reported incidents and allow leadership to better understand system gaps that may be contributing to these incidents.

When healthcare leaders can pinpoint exactly where and why violence is taking place, they can more effectively increase buffers and reduce vulnerabilities to stop violence from happening again in the future.

To prevent workplace violence in healthcare, it’s key that healthcare professionals have a voice. By encouraging employees to speak up – and providing them with the tools to report unsafe conditions – they are empowered and supported by an organization that prioritizes their safety.

Want to learn more about how an incident reporting software solution can help your healthcare organization reduce workplace violence? Click here to request a free demo with our team. 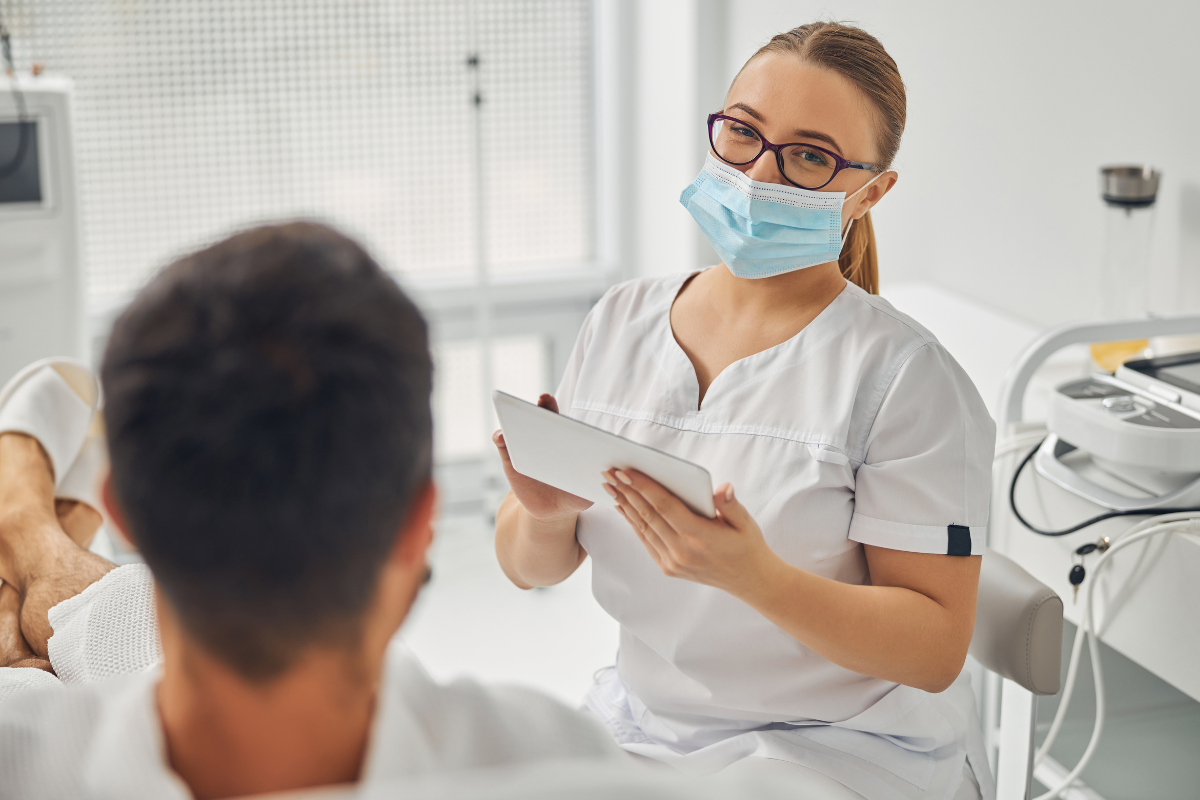 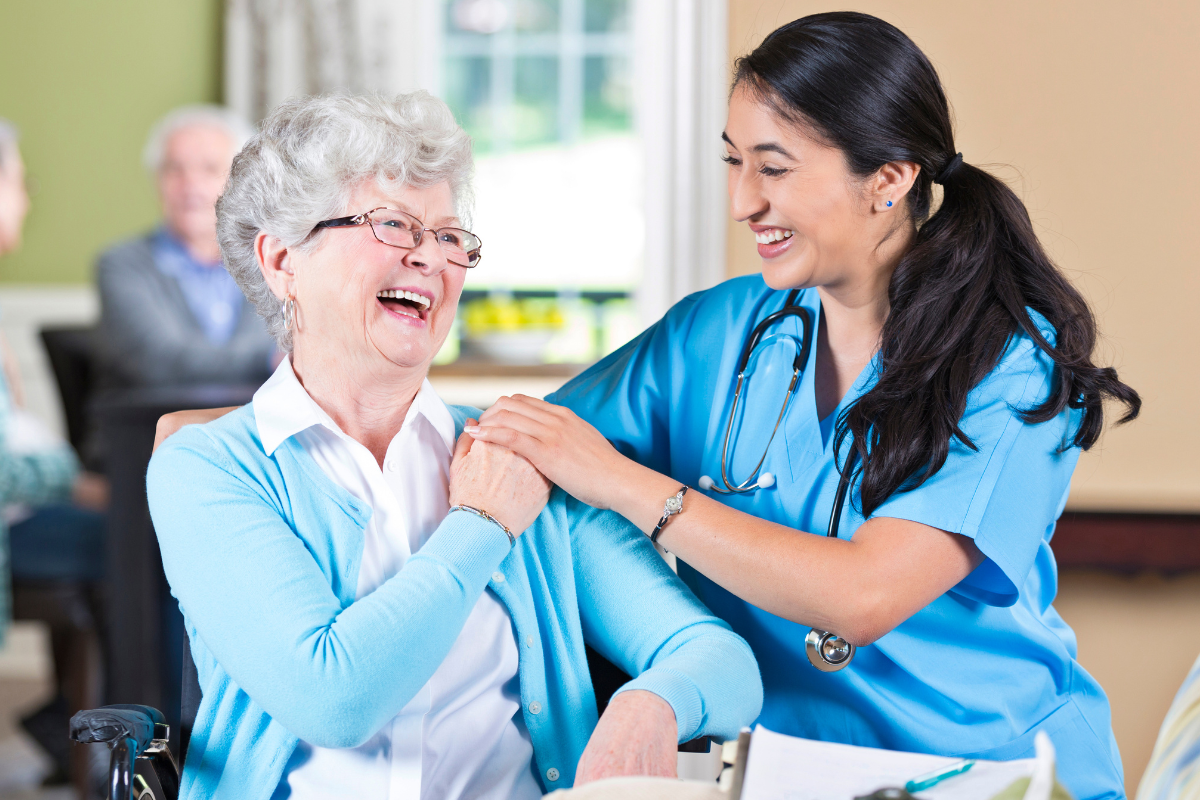